News on extreme weather events seems to be ubiquitous this summer. Central Europe experienced unprecedented dry spells and heat waves leading to stress for humans, ecosystems and also agricultural crops. With the effects of climate change getting more and more evident in recent years, this raises the important question: what exactly are the climate change impacts on crop production in Europe?

The answer to this question, including a detailed analysis of the effects and their consequences, can now be found in our newly published HFFA Research Paper 01/2019. The paper was written by Sophia Lüttringhaus (HFFA Research), Steffen Noleppa (HFFA Research), Christoph Gornott (Potsdam Institute for Climate Impact Research/PIK) and Hermann Lotze-Campen (PIK). In the paper, the authors explore the climate change impacts on European arable farming that can already be observed today, while also taking a look at impacts that are projected to occur in the future. 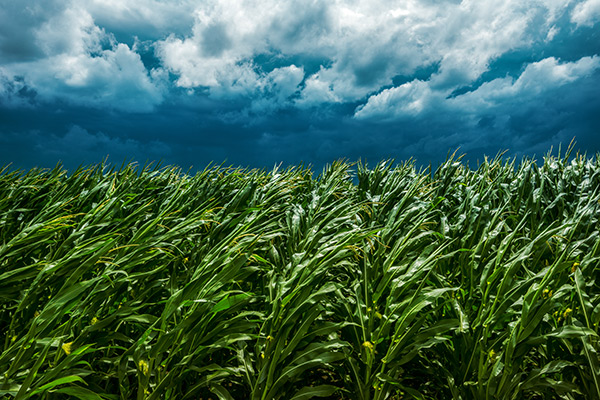 Climate change manifests itself in rising temperatures as well as structural changes in precipitation patterns and overall water availability. While the climate has already changed in Europe and worldwide, the consequences of these changes are diverse impacts over time and space. Global annual near-surface temperature has increased by nearly 1 °C during the recent decades as compared to preindustrial levels. The latest decade has been the warmest on record.

The paper summarizes our current knowledge on climate change, and how it is already manifesting in Europe. Due to declining water availability and increasing temperatures, yields will decrease in many European regions. Furthermore, crop suitability is changing within Europe; for example, maize production expands northwards. Since the 1990’s the growing season length has already expanded by 10 days and crops’ development changed due to climate change, seen for example by earlier flowering dates. Additionally, habitat shifts of weeds, pests and diseases are also impacting European agriculture, and will put further pressure on the agricultural system.

The Conclusions of this study can be downloaded below (English). 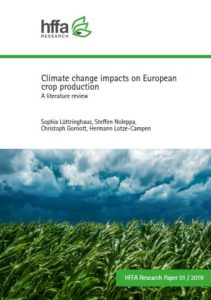