The value of applying Metazachlor in EU oilseed rape production: an assessment of effects on selected economic and environmental indicators

Metazachlor (MTZ) is a herbicide used to control a wide range of weeds in crops. It is especially important for weed control in oilseed rape (OSR) production, where losses caused by weeds are often reported to be at the two-digit percent level. Through the employment of scientific modelling and calculation approaches, the latest HFFA Research Paper 07/2017 examines the various economic and environmental impacts of MTZ use, especially using the example of OSR production in the European Union.

By directly comparing the current use of MTZ to two alternative scenarios where MTZ is not used, the study confirms that the application of MTZ (whether alone or in mixtures) has a positive yield impact. More specifically, it estimates that the loss of MTZ in EU oilseed rape production would lead to a negative yield impact of almost 4 percent. This would have major economic effects for farmers, as depending on the scenario between 400,000 and 550,000 tons of OSR would be missing in the EU. In economic terms, these lower yields would amount to a loss of between EUR 150 million and EUR 210 million. 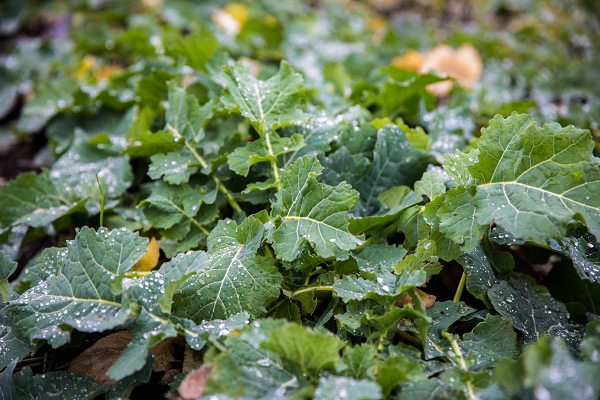 While the use of plant protection products in productive agriculture is often criticized for having negative environmental impacts, this study shows that MTZ usage in the EU can also help avoid global land conversion and prevent the negative CO2 and water-usage impacts accompanying such an expansion. The scale of global land conversion resulting from a potential ban on MTZ is estimated to be between 230,000 and 320,000 hectares.

Considering the presented negative economic and environmental impacts, the author urges decision-makers to consider the pros and cons of applying MTZ – or in fact, of using any other technology – in a balanced and holistic way, before deciding on a potential regulation. 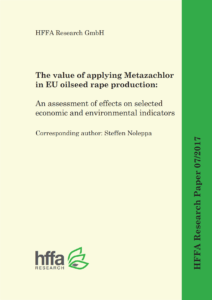