As the global demand for food and agricultural commodities continues to rise, the pressure on agricultural land also increases. Urbanization trends, changing diets, climate change and land degradation due to improper agricultural practices are exacerbating this development. In the newest study published by HFFA Research, Steffen Noleppa and Matti Cartsburg take a deeper look at the status of agricultural trade in the European Union (EU) and its consequences for agricultural land use on a global scale. 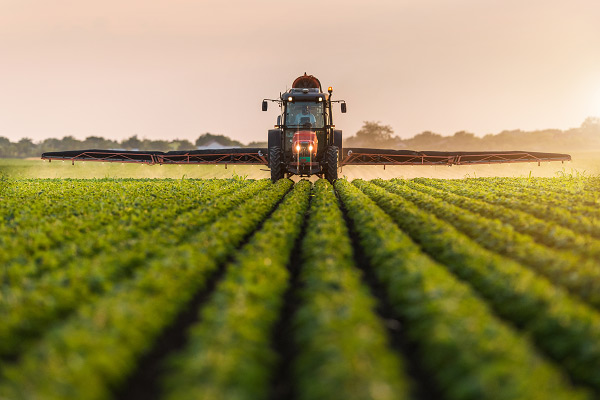 The study highlights that between 2012 and 2014, the EU had net imports of around 18 million ha of virtual agricultural land on average. The amount of land virtually imported has been decreasing since 2007, which indicates a growth in agricultural productivity in the EU as well as in the rest of the world. This development is also reflected in the most recent agricultural self-sufficiency indicators. While the EU is currently still importing more crops and livestock commodities than it is exporting, we calculated that agricultural self-sufficiency has slightly improved over time and is now at around 89 percent, measured in terms of grain units.

The Conclusions of this study can be downloaded below (English). 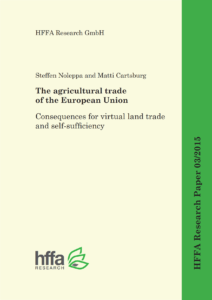