Climate change impacts on banana producing regions of Latin America: (where) does banana production have a future?

Bananas are one of the most popular fruits imported by European countries, including Germany. While local populations of the main producing regions in Latin America are highly dependent on banana production to secure their livelihoods, production conditions in these countries are often deficient and have high impacts on the environment. Also, the future of banana production might increasingly be threatened in the face of climate change.

HFFA Research has been commissioned by the German International Cooperation Agency (GIZ) to have a closer look at the climate change impacts on some of the most important banana producing (and exporting) regions of Latin America. The study will specifically focus on the regions of Antioquia and Magdalena (Colombia), El Oro (Ecuador), Mao and Azua (the Dominican Republic), and Heredia (Costa Rica).

The study is conducted in the frame of the collaboration between GIZ and the Action Alliance for Sustainable Bananas (ABNB), a German action and dialogue forum that aims to address the persistent social and ecological challenges currently found in banana production from the German angle. The study is financed by the German Federal Ministry for Economic Cooperation and Development (BMZ). 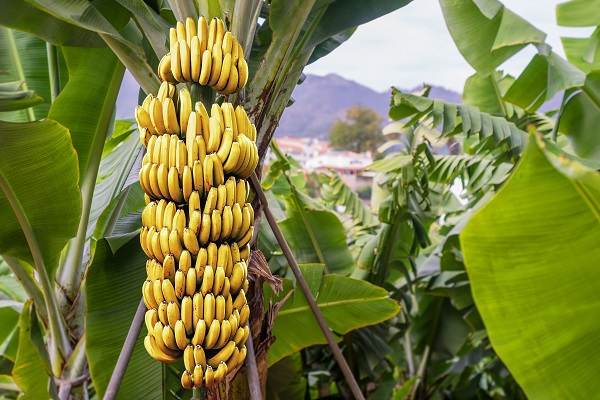 Based on observable historical yield data for the selected countries and regions, as well as on information on the climate variables to which banana production is specifically sensitive (e.g. changes in temperature, rainfall, wind, etc.) our team of researchers will assess how climate change has already affected banana yields and production in the selected regions over the last 30 years.

In a second step, we will provide an estimation of how climate change will continue to affect banana yields and prices in the selected regions in the future (by 2050 and 2070). And finally, our team will also assess the economic implications these changes might have for different producers in the regions (e.g. large scale vs. smallholder production, conventional vs. organic production, etc.), as well as the consequences of these impacts for regional ecosystems and biodiversity.

An important part of the study will be focused on providing suggestions and guidance to policy makers and stakeholders on potential adaptation and mitigation measures, tailored to the different regions and countries. The results of this study are expected to help the most important banana producing regions of Latin America to cope with the climate change impacts expected on a local basis, so that banana production and export can continue to be an important source of income for local populations also in the future.

For more detailed information on this project, please contact us.